the neologism monopulism combines attributes of the terms mono, populism, monopole and manipulation in an artistic space. composed of pre-existent works and new pieces specifically tailored to the ACFNY's gallery space, salzmann's installation comprises elements including a wooden bar, an acoustic monument and two automated vacuum cleaners, autonomously roaming the area. monopulism reflects upon social and political influences and transforms them into metaphors and signs through their visual and acoustic manifestation.

some detailed notes on the exhibiton can be found here.

the exhibtion was part of the erste bank mehrwert kunstpreis 2017 in cooperation with acfny new york and das weisse haus vienna. 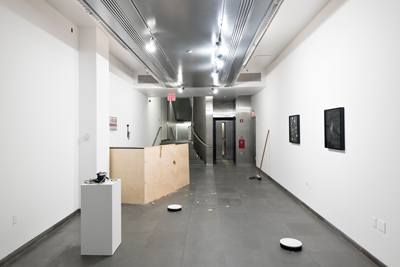 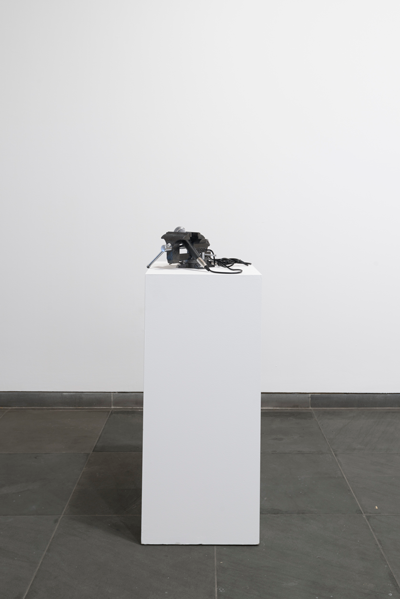 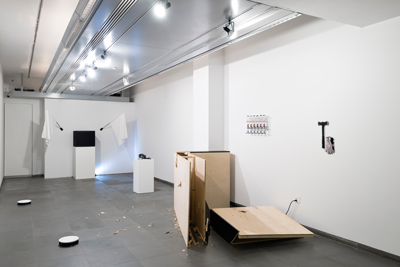 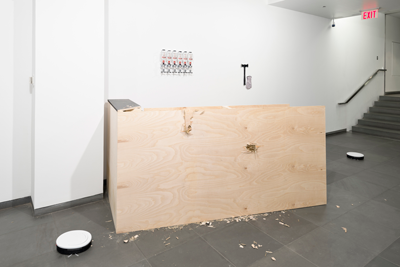