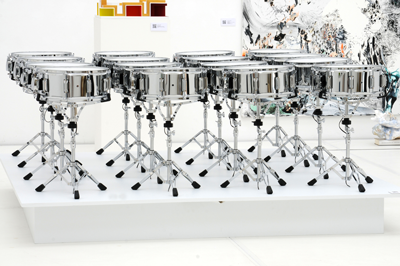 march is a sound installation consisting of 28 snare/marching drums.

The installation plays a pre-composed military march entirely on its own.

the drum beat is generated by means of electrical impulses that trigger solenoids. this allows the possibility of implementing rhythmic compositions entirely without a performing musician. the marching drums refer musically as well as metaphorically to their social function as a signal for warlike actions and their glorification in the context of traditionalism. 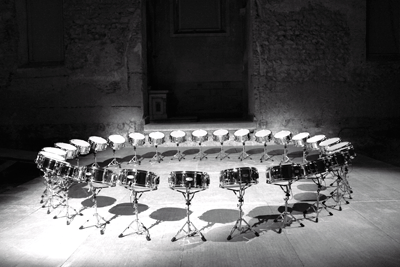 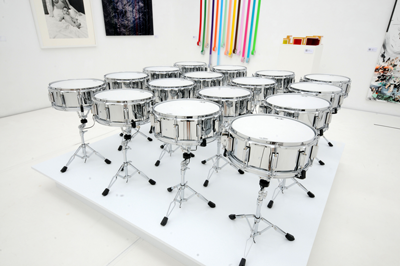