the starting point of these performances are blank vinyl disks.

during the performance they are processed.

the outcome then is a visual / graphical (musical) score, as well as

the material for the sound processing itself. 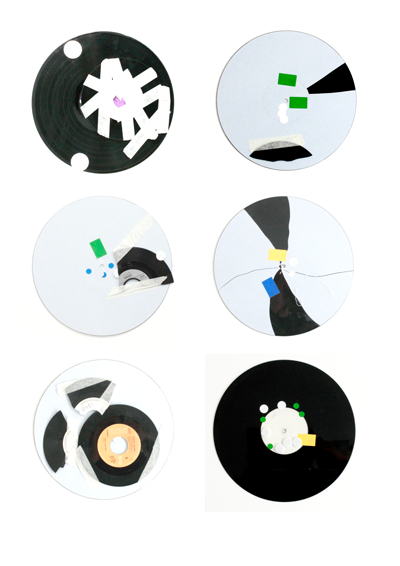